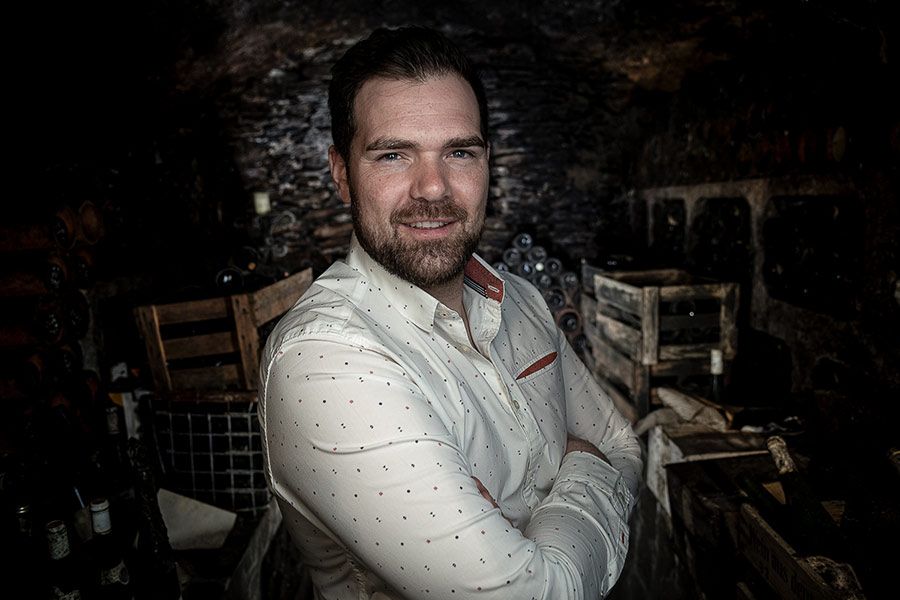 Winemaker and wine globetrotter with visions
For a long time, it was not clear to Daniel Schmitz which direction he would take in his career. As a child, he dreamed of many things. He wanted to go out into the world, conquer it, get to know it. After graduating from high school, he went to Canada to work on a farm and earn his first money. He enjoyed being a globetrotter, the different cultures and meeting interesting people. Back in Germany, he studied viticulture and oenology in Geisenheim to give himself a good foundation. As his studies progressed, his enthusiasm for wine and the world of wine gradually grew. After his time in Geisenheim, it was time to pack his bags again and gain experience. He went to wineries in South Africa, Argentina and Austria. Even today, the wine globetrotter loves the internationality of the profession and appreciates his worldwide networks with the wine world. He is a businessman, a citizen of the world and a winemaker all in one. He currently shares his passion for wine and viticulture with his father Franz-Peter Schmitz. The two of them run the Römerhof winery as a double act. Daniel benefits from his experience abroad in both white wine and red wine cultivation. Well-known wineries such as Jordan Wine Estate in Stellenbosch/South Africa and the Gesellmann Winery in Burgenland/Austria were the best teachers for him. This is reflected in the full-bodied Römerhof wines, which are enjoying enormous popularity and are again increasingly being vinified in wooden barrels. Numerous awards and prizes testify to the quality of Römerhof wines. "Our wines reflect the peculiarity of the different clay slate soils," says Daniel. "It's all about enjoyment here, which should be unmistakable. It's about quality. I can talk about a good wine for days." Daniel has a vision of a modern, open company that is well equipped for today's complex demands. That's why creativity and innovation are top priorities at the Römerhof winery, along with high quality standards. With his unbroken enthusiasm for excellent wine, Daniel therefore brings new and innovative products to the market on top of that, so that the winery is well positioned for the future.
This email address is being protected from spambots. You need JavaScript enabled to view it.

Winemaker with an uncompromising commitment to quality

The continuation of the long winemaking tradition of the Römerhof winery in Riol is assured. Since Daniel Schmitz joined his parents' winery about 10 years ago, they have been working side by side. Franz-Peter Schmitz was born into the cradle of wine and viticulture, as he grew up in the Römerhof winery. There was never any question that he would later take over his parents' business. He trained as a winemaker partly in his parents' business and partly in a large winery on the Moselle. He then attended the viticultural college "Landes-, Lehr- und Versuchsanstalt für Wein- und Gartenbau Trier". Immediately after his apprenticeship, he began training to become a master winemaker. Quite early on, he took on responsible tasks in the area of cellar technology and wine bottling and thus learned the basics of wine making. At the young age of 20, he already had the letter of master winemaker in his pocket and from then on demonstrated his skills in his parents' winery. From the beginning, it was his ambition to expand and develop the business. Over the years, he succeeded in expanding the former 3.5 hectare winery to 11 hectares. At the same time, Franz-Peter Schmitz specialised in consistent and uncompromising quality wine cultivation. He took the marketing of his products into his own hands in order to be independent of the market cask wine prices. "I was aware that this could only be achieved with above-average, outstanding wine quality," was his credo. The increased cultivation and purchase of steep slopes was therefore unavoidable for him, although this required a much greater amount of work. With his perseverance and consistency as well as his enthusiasm for innovative novelties, he succeeded in developing his parents' small winegrowing business into a modern, impressive enterprise at the highest level. The brilliant success proved him right. Customers from all over the world are now the norm, he is no stranger to the international wine world, and the Römerhof wines have been rewarded with awards in all the important German wine guides. A long road that has been worthwhile. "Wine is my purpose in life, my passion and my destiny. There is nothing to shake about that. Every year, making a TOP wine is always a great challenge for me," says winemaker Franz-Peter Schmitz with conviction.

This email address is being protected from spambots. You need JavaScript enabled to view it.

The Römerhof winery, located in Riol on the Middle Mosel, is run by the Schmitz family for five generations. The ancient wine village of Riol (Rigodulum), which can look back on Roman roots, also gives its name to the Riesling sparkling wines of Römerhof.

Over the past decades, the traditional winery has been expanded step by step by the Schmitz family in an innovative and quality-oriented manner and today presents itself as a creative and modern company with around 11 hectares of vineyards.

Following the long wine-growing tradition, the Römerhof has been producing honest, inimitable wines at the highest level and in harmony with nature with passion, enthusiasm and uncompromisingness for many years.

Particular attention is paid to the fruitful symbiosis of nature and technology. "Wine is a natural product and every year the growing season presents us with new challenges that we have to overcome so that in the end the product in the bottle is right." Uncompromising pursuit of quality is essential for the Römerhof team.

The wines, which are known beyond the region and have won many awards, come predominantly from the steep slopes of the Moselle. National and international awards testify to the high quality: several honorary awards from the Rhineland-Palatinate Chamber of Agriculture adorn the walls. The winery is also recommended in the Gault-Millau, Feinschmecker, Eichelmann wine guides and Falstaff wine guides.

In order to offer customers and visitors an unforgettable tasting atmosphere in a contemporary architecture, construction of a new vinotheque began in 2018. In reference to the Roman roots and the history of this region, the imposing building presents itself as an interplay of WineArchitecture, WineEnjoyment and sensory enthusiasm. It was completed in spring 2020 and has since been a new feel-good place for connoisseurs. 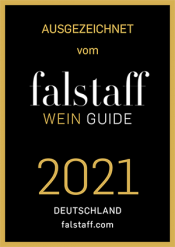 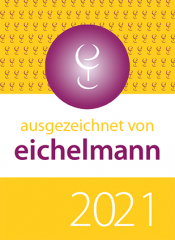 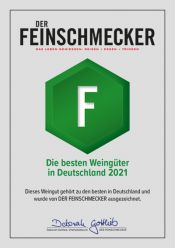 This email address is being protected from spambots. You need JavaScript enabled to view it.
+49 6502 2189